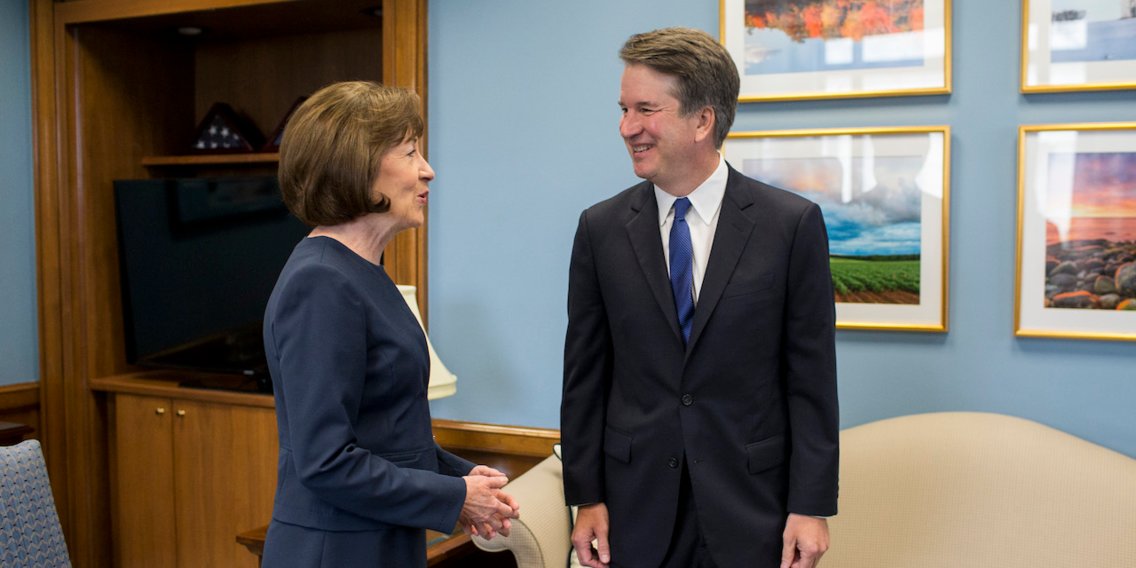 The US Senate has voted 51-49 in favor of invoking cloture on the confirmation of the embattled Supreme Court nominee Brett Kavanaugh, meaning the final floor vote on his confirmation could occur as soon as Saturday night after no more than 30 hours of floor debate.

Heading into the vote, all eyes were on crucial undecided votes of Sens. Susan Collins of Maine, Lisa Murkowski of Alaska, and Joe Manchin of West Virginia. While Collins and Manchin voted to proceed on Kavanaugh’s confirmation, Murkowksi, to the surprise of many, broke with her party and voted not to proceed on his confirmation.

While this vote to invoke cloture means Kavanaugh is guaranteed a floor vote on his confirmation, it’s still unclear how certain senators will vote; some who voted to advance his nomination could still vote against his confirmation. Kavanaugh’s nomination has been tainted by two allegations of sexual misconduct against him from the early 1980s, culminating in emotional testimony from him and one of his accusers, Christine Blasey Ford, on September 27.

One possible wrinkle in the final vote is that Sen. Steve Daines of Montana, a Republican, will be away from Capitol Hill on Saturday to walk his daughter down the aisle at her wedding.

If Republicans are unsure they will be able to reach the 50-vote threshold for Kavanaugh’s confirmation without Daines, they could attempt to delay the final floor vote until Sunday.

View all posts by justnewsupdate